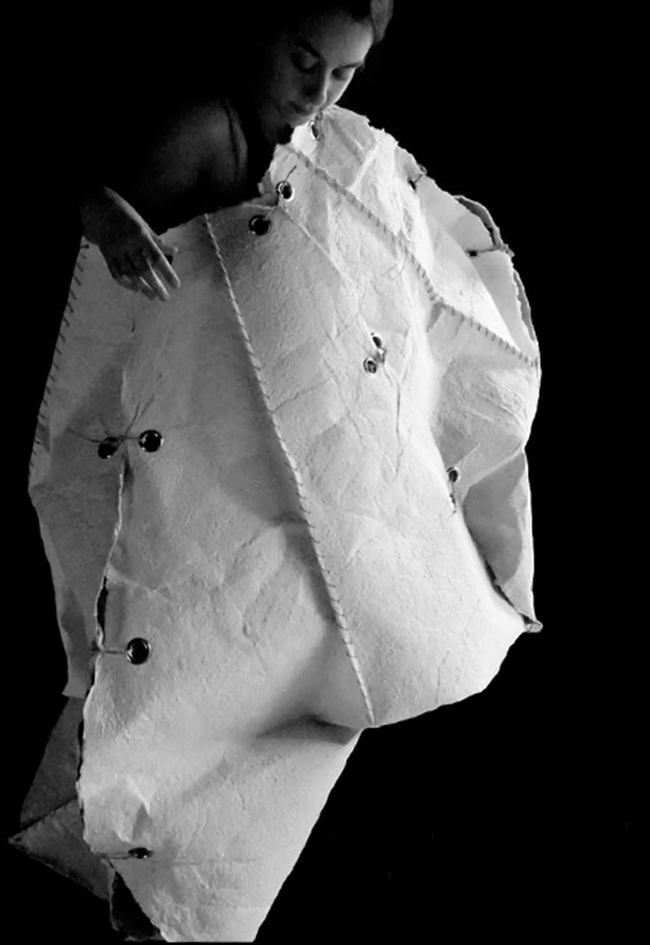 Costumes fulfil a fundamental function in the theatre but are frequently taken for granted unless they contravene the expectations of audience or critics. Designs are usually dictated by practicalities, or placed within the confines of text, directorial notions, predefined choreography or the passive function of dressing actors. My research concerns scenographic costume which flouts practicalities and textual confines to embrace the role of protagonist. When costumes are the inspiration behind a performance, the costume becomes a catalyst for creative ideas, a muse. The word muse, however, invokes an idea of passivity and, in this case, the costume is far from a passive entity so I have chosen to use the term ‘insubordinate costume’ to reflect the defiant, rebellious and unruly nature of scenographic costume.