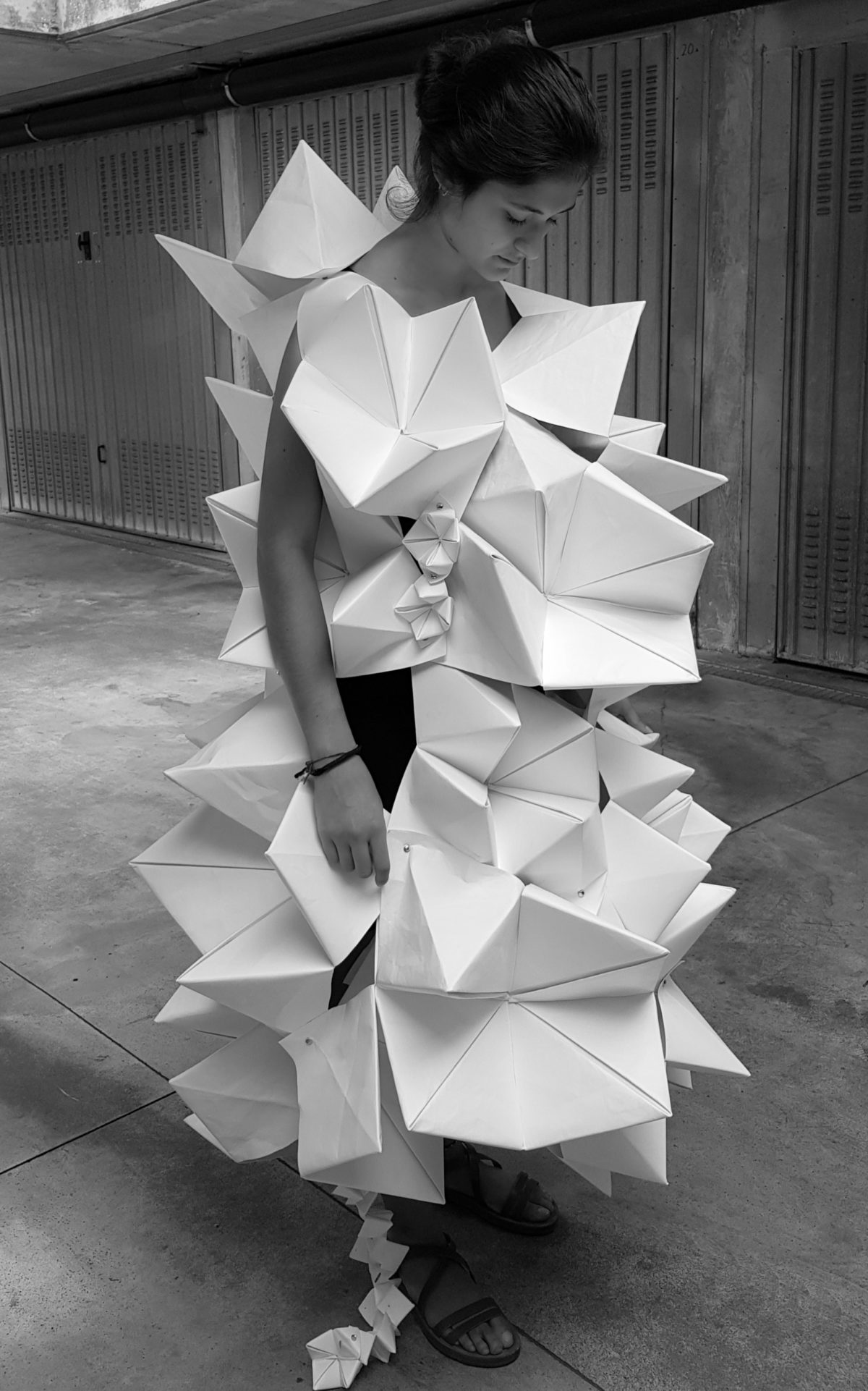 After an indepth survey of the use of scenographic costume in theatre, performance and fashion for my PhD, it was surprising to discover that, with one or two exceptions, the costumes were designed by artists, choreographers, performance artists and fashion designers rather than by costume designers or scenographers.

At the beginning of his career in the 1980s, dancer and choreographer, Michael Clark preferred to work with friends who were fashion designers and artists rather than costume designers who he found too accommodating, Playful, fun and often consciously outrageous, the costumes frequently had an impact on the dancers’ movements and inspired Clark’s choreography. With hindsight, he has acknowledged, that the visual elements of his early performances frequently upstaged the choreography and that it annoyed him that people would talk about the costumes and the props and not about the actual dance.

Although the idea of using challenging costume designs was extremely appealing to Clark, the actual result was irritation at the fact that the costumes received more press coverage than the choreography. Clark’s comments perhaps illustrate that he, like most other directors and choreographers, would prefer to have greater control over a production.

Are costume designers too ‘accommodating’? Is it an unwritten part of the job description in the traditional hierarchy of the theatre? Would it be unethical to break the mould?