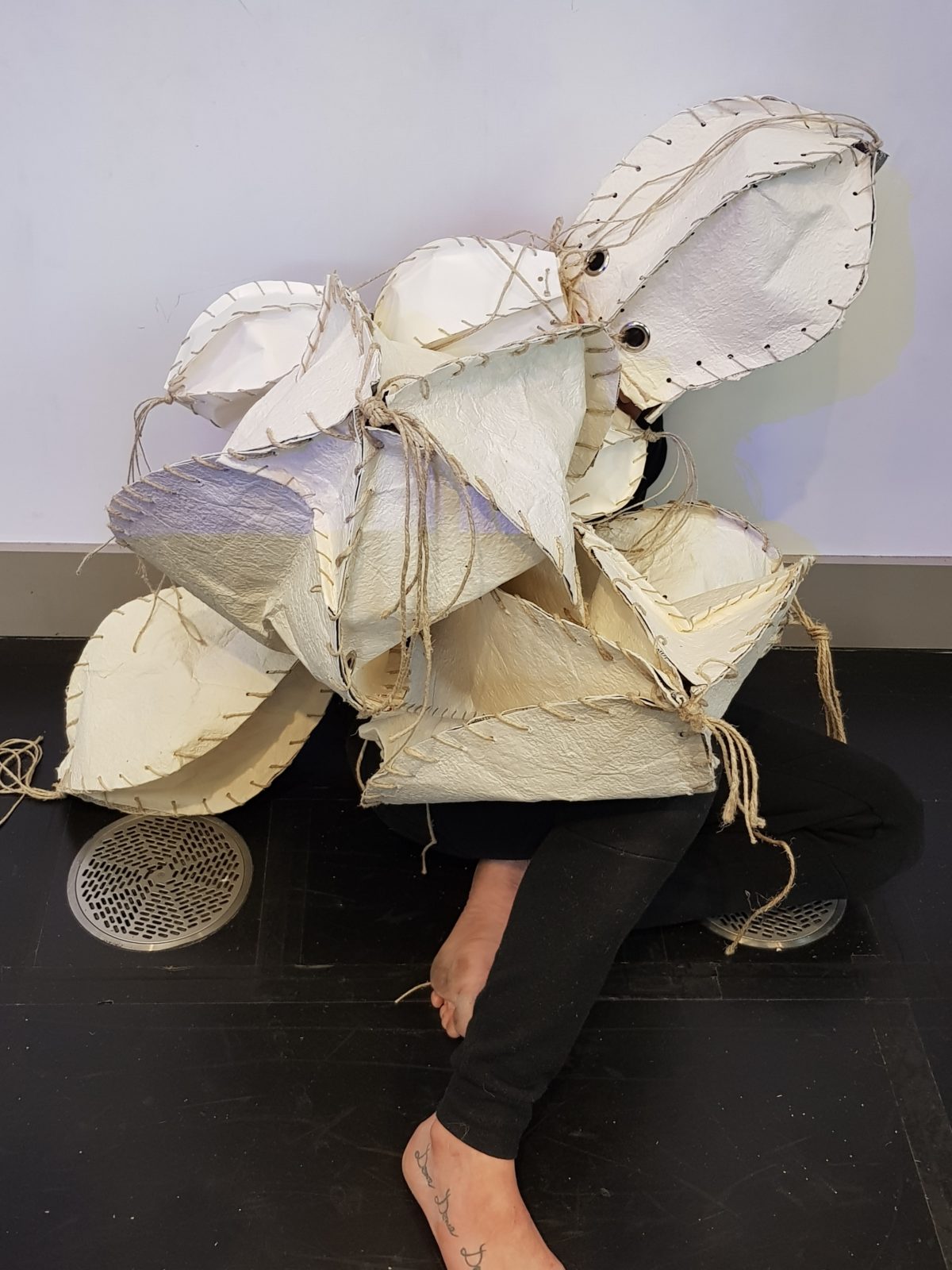 Insubordinate costumes subvert the traditional hierarchies of the theatre by becoming the starting point of a performance. Their design imposes on the performers which usually necessitates an alternative, creative approach to space, form and movement.

Modular scenographic costumes are made from multiple pieces that can be taken apart and reassembled in various ways, offering numerous possibilities for creative interpretation. They change form and significance by interacting with the performer’s body and can be worn and played with as abstract shapes or transformed into more recognizable pieces of clothing or objects.